If you had an Excel-spreadsheet with column-headers containing percent-symbols (like for example "Whatever %" or "% Complete"), IEL would have problems saving and loading Import- or Export Specification files. If you didn't save specification file, the import- or export, worked as designed.

The symptom of problem with percent-symbols, was that IEL couldn't map the fields properly when you loaded the specification files.

Category Import Export Library
May 5th, 2020: A new release of Notes Import Library (IEL) has been released. This time the changes only lies within the installer itself, as it contained a bug prohibiting the installer to detect HCL Notes 11 on your computer. The symptom was that you didn't see any valid Notes clients during installation. It should like this when you install IEL;

Above you see that HCL Notes is detected properly. This version of IEL should install fine with the new HCL Notes Client Version 11.

Category Import Export Library
March, 23rd. 2018: Today a new bug-fix version of IEL was released. Another bug with key-updates were discovered. Thanks Larry B!. Head over to the IEL product page for more details!

Category Import Export Library
March, 17th. 2018: Today a new version of IEL went out the door. Head over to the IEL product page for more details!


January 6th, 2017; Today a new version of Notes Import Export Library was released. Only a little bug has been fixed since the last major version from December 2016. The bug occured during export to Excel if you had a formula field exported without a mapping.


December 26th, 2016; Today a new release of Notes Import Export Library (IEL) has been released. You can download 1.2.0.4183 from the product page. Besides a lot of small bug fixes and some cool enhancements, the biggest news is the ability to update you existing Notes target documents with a key.

You can simply specify any target field as a key by right-clicking on it and choose Set as key... 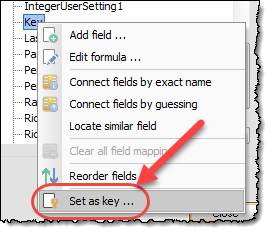 IEL will enumerate all the views in the target database and then let you choose what view to use as a lookup view during import; 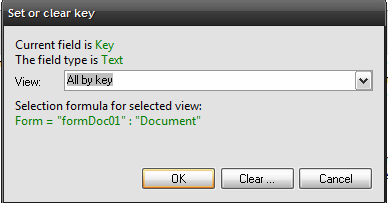 This means that IEL for each imported Excel or CSV record, will check if the value in the key-field is found in the lookup-view. If found, IEL will update the existing document instead of creating a new one.

As for formulas, IEL will show you that a field has been designated as a key;

If you combine this new possibility with the ability to save import and export options (as *.vci or *.vce files), you can now pretty quickly have a scenario where you can quickly import - and update - any Excel or CSV file with a predefined option file. Remember, you can simply double-click on the option file to launch it directly witout the need to do any mapping first too.

Amongst a bunch of fixes and other enhancements, the biggest news is that IEL now support import and export of Comma Separated Files (CSV) with the same ease and power as for the Excel files. With simple alternatives you can control both the format of the input file (and yes, IEL can read and write almost anything. Got EBCDIC for System i? No problem. Of course you can use “auto” to let IEL guess the input format for you!).


You know how to launch the Import Export Library from the File Import and Export menus. How about creating a toolbar where you can instantly export all or just the selected documents to Excel? Learn how to create a nice toolbar like this: 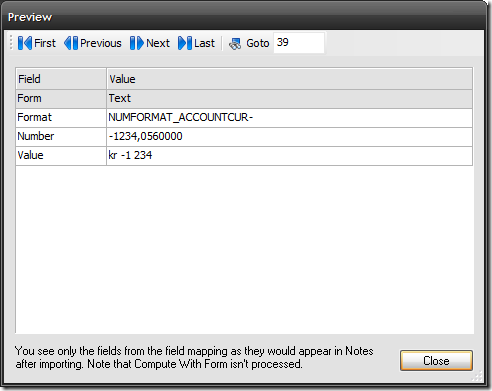 
The Notes Import Export Library (IEL) has been updated with some requested features.